← Darkness at Noon in Facebook!
Introduce Culture into Product Development →

LinkedIn Endorsements: A Failure or a Brilliant Strategy?

LinkedIn endorsements have no value. So says many pundits! Here are some interesting articles that speaks of the uselessness of this product feature in LinkedIn.

I have some opinions on this matter. I started a company last year that allows people within and outside of the company to recommend professionals based on projects. We have been ushered into a world where our jobs, for the most part, constitute a series of projects that are undertaken over the course of a person’s career. The recognition system around this granular element is lacking; we have recommendations and recognition systems that have been popularized by LinkedIn, Kudos, Rypple, etc. But we have not seen much development in tools that address recognition around projects in the public domain. I foresee the possibility of LinkedIn getting into this space soon. Why? It is simple. The answer is in their “useless” Endorsement feature that has been on since late last year. As of March 13, one billion endorsements have been given to 56 million LinkedIn members, an average of about 4 per person.  What does this mean? It means that LinkedIn has just validated a potential feature which will add more flavor to the endorsements – Why have you granted these endorsements in the first place? 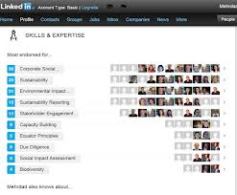 Thus, it stands to reason the natural step is to reach out to these endorsers by providing them appropriate templates to add more flavor to the endorsements. Doing so will force a small community of the 56 million participants to add some flavor. Even if that constitutes 10%, that is almost 5.6M members who are contributing to this feature. Now how many products do you know that release one feature and very quickly gather close to six million active participants to use it? In addition, this would only gain force since more and more people would use this feature and all of a sudden … the endorsements become a beachhead into a very strategic product.

The other area that LinkedIn will probably step into is to catch the users young. Today it happens to be professionals; I will not be surprised if they start moving into the university/college space and what is a more effective way to bridge than to position a product that recognizes individuals against projects the individuals have collaborated on. 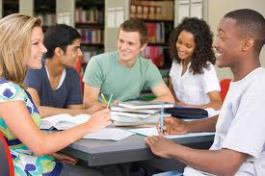 LinkedIn and Facebook are two of the great companies of our time and they are peopled with incredibly smart people. So what may seemingly appear as a great failure in fact will become the enabler of a successful product that will significantly increase the revenue streams of LinkedIn in the long run!

← Darkness at Noon in Facebook!
Introduce Culture into Product Development →