← Why Jugglestars? How will this benefit you?
LinkedIn Endorsements: A Failure or a Brilliant Strategy? →

Facebook began with a simple thesis: Connect Friends. That was the sine qua non of its existence. From a simple thesis to an effective UI design, Facebook has grown over the years to become the third largest community in the world. But as of the last few years they have had to resort to generating revenue to meet shareholder expectations. Today it is noon at Facebook but there is the long shadow of darkness that I posit have fallen upon perhaps one of the most influential companies in history.

The fact is that leaping from connecting friends to managing the conversations allows Facebook to create this petri dish to understand social interactions at large scale eased by their fine technology platform. To that end, they are moving into alternative distribution channels to create broader reach into global audience and to gather deeper insights into the interaction templates of the participants. The possibilities are immense: in that, this platform can be a collaborative beachhead into discoveries, exploration, learning, education, social and environmental awareness and ultimately contribute to elevated human conscience.  But it has faltered, perhaps the shareholders and the analysts are much to blame, on account of  the fangled existence of market demands and it has become one global billboard for advertisers to promote their brands. Darkness at noon is the most appropriate metaphor to reflect Facebook as it is now.

Let us take a small turn to briefly look at some of other very influential companies that have not been as much derailed as has Facebook. The companies are Twitter, Google and LinkedIn. Each of them are the leaders in their category, and all of them have moved toward monetization schemes from their specific user base. Each of them has weighed in significantly in their respective categories to create movements that have or will affect the course of the future. We all know how Twitter has contributed to super-fast news feeds globally that have spontaneously generated mass coalescence around issues that make a difference; Google has been an effective tool to allow an average person to access information; and LinkedIn has created professional and collaborative environment in the professional space. Thus, all three of these companies, despite supplementing fully their appetite for revenue through advertising, have not compromised their quintessence for being. Now all of these companies can definitely move their artillery to encompass the trajectory of FB but that would be a steep hill to climb. Furthermore, these companies have an aura associated within their categories: attempts to move out of their category have been feeble at best, and in some instances, not successful. Facebook has a phenomenal chance of putting together what they have to create a communion of knowledge and wisdom. And no company exists in the market better suited to do that at this point. 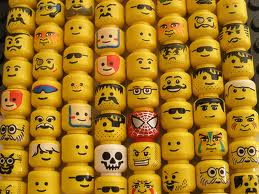 One could counter that Facebook sticks to its original vision and that what we have today is indeed what Facebook had planned for all along since the beginning. I don’t disagree. My point of contention in this matter is that though is that Facebook has created this informal and awesome platform for conversations and communities among friends, it has glossed over the immense positive fallout that could occur as a result of these interactions. And that is the development and enhancement of knowledge, collaboration, cultural play, encourage a diversity of thought, philanthropy, crowd sourcing scientific and artistic breakthroughs, etc. In other words, the objective has been met for the most part. Thank you Mark! Now Facebook needs to usher in a renaissance in the courtyard. Facebook needs to find a way out of the advertising morass that has shed darkness over all the product extensions and launches that have taken place over the last 2 years: Facebook can force a point of inflection to quadruple its impact on the course of history and knowledge. And the revenue will follow!

← Why Jugglestars? How will this benefit you?
LinkedIn Endorsements: A Failure or a Brilliant Strategy? →