A walled garden in the context of the internet relays to full control of the user experience. In other words, it is a methodology that is deployed to ensure closed or exclusive content for consumption by a set of users.

One of the prime examples of the walled garden in the technology world is the Apple ecosystem. This constitutes the interplay or hardware and software intricately tied in a manner that precludes any legal way to contaminate the harmony of user experience. Well, at least that is what Apple has vociferously claimed over the ages. They have argued that adopting the walled garden has served to be a bedrock of innovation, and the millions of applications on the Appstore bears out that fact. But the open source folks argue otherwise.

Tristan Nitot, former president of Mozilla Europe, sums up his fears quite nicely:

“I am a web citizen and when I see that somebody in California can decide what I am allowed to install on a device that I paid for with my own money, that he will impose his own values that are not from my culture and are different from my context it seems very scary to me.”

Aside from Mozilla – Sergey Brin has spoken out against Apple indicating that the closed framework kills innovation. That is despite the fact that Android has started to gravitate slowly toward a closed ecosystem as well, although not as tight knit as Apple. 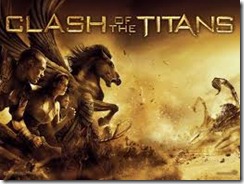 I am not dramatizing the battle between Apple and Google. It is fun to watch the battle from the sidelines: reach out for popcorn, slip on your 3D glasses and watch it play out on a prospective Apple HDTV in the security of your home. Rather, I am using the clash of the Titans as a proxy of the natural pull of why walled gardens are absolutely essential and will naturally coexist with the open world order. Though seemingly exclusive, they both need one another – a symbiotic relationship that will advance the cause of technology and solutions in a global marketplace. 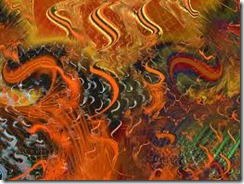 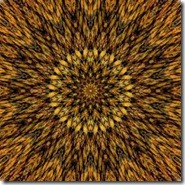 Here are some basic facts: You can choose not to amble into a walled garden. The entry fee of purchasing an iOS or an Android device gets you into that world. It is not a mandatory fee; you vote with your wallet. Secondly, a walled garden ensures an order, a governing set of rules that allows certain decorum among creations and consumption patterns. Imagine a system with no specific rules per se … or rules that are emerging but are so dispersed and discrete that there is asymmetric information in the marketplace. Thirdly, once the rules have been established and learnt … the community of developers can build out applications that create standardization of elemental set of experiences. In other words, they are given the assurance that for the most part, their experiences will not be contaminated by malware, bots, quality issues, uncensored content, etc. But all of these facts run counter to those who espouse that the internet is the ultimate playground, chaos rules and ferments more innovation than ordered iconoclastic frameworks. 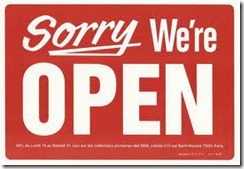 We need the open world framework. Indeed, this framework allows participants to contribute to this critical crucible of knowledge. It is a showcase of immense creativity, talent, crowdsourcing of new ways of looking at dynamic content, etc. It unleashes the animal spirits of rebellion and a desire to build layers and layers of new world orders. Everyone participates in order to write their names in the skies – curiously taking something out of Job’s statement – everyone wants to make a dent in the universe. Leashing that desire is bad! In the long run, it would stultify the creativity and the islands of innovation that emerge as a consequence. It is a framework that is needed just as basic research is needed in great organizations that have very long-term planning horizons.

So does the open world need the walled garden? Yes, it does. Men seek order! They get comfort in order. They have now benchmarks that their efforts can be measured by. The Android marketplace which is relatively more open than the iOS is reactive to malicious and illegal apps. This impairs the users’ security and safety in the electronic domain, and privacy is more likely compromised. Good walled gardens, despite some minor inconsistent application of rejection guidelines which has happened in Apple, are looked upon as the ones who establish standards of excellence in process and thus forces the open world to be cognizant of these processes and instill standards to preempt the evils of chaos.

Bear in mind that I have put forth this argument by placing both these two frameworks across extreme spectra. The reality is such that both are relatively more moderated. But the idea of the two frameworks in the extreme drives the point home better. They both have a value in the ecosystem, and interestingly the values are more measurable in a temporal dimension.

This will soon lead to the next blog on Free vs. Pay-to-Play Networks.